Isn't it funny how a Sunday night feels totally different when you know you're off the next day?

Today was a pretty good day. About the only blot was that the Bruins lost, and even then they lost in the shootout, which means they get the pity point, which is better than nothing. My friend came over to hang out during the game, and it was the kind of laid-back, talk and silence kind of visit that only happens with good friends. We ate some of the chili I made last night, which went so well with the cornbread she brought, and I kept knitting on Grandma's shawl. I finished it a while after she left; tomorrow I'll take pictures of the pre-blocking and blocking process, which should effect a pretty big change.

After finishing reading a book (The Language of Flowers, which I liked, but I liked Someone Else's Love Story, which I read recently, better), I balanced my checkbook and started my taxes; the latter can't be finished yet, as all the forms aren't ready until the end of the month, but unless anything drastic changes, I'll be getting a nice chunk back. Last year, I was still dealing with the hit of unemployment, and this is better. It's also nice to only deal with one W2*, to be honest, though I certainly hope that next year I have two, the one from this job and one from the new better job I will get this year!
*I've had as many as three in a year, which is not a good sign.

Random ending: the other day when I went outside, the cold weather showed itself in unusual patterns on the car. Even in the cold, it was enough to have me pulling out the camera. 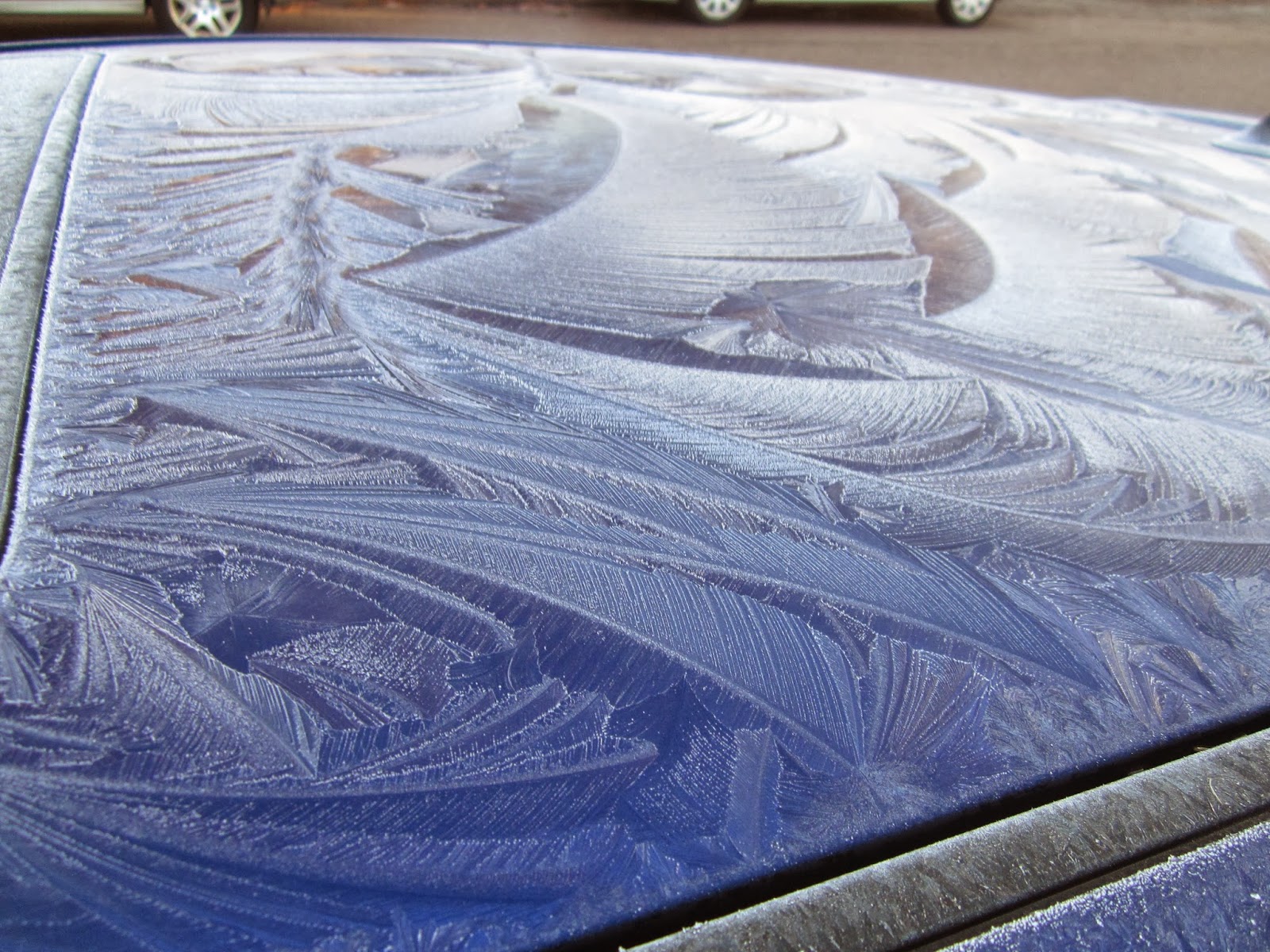 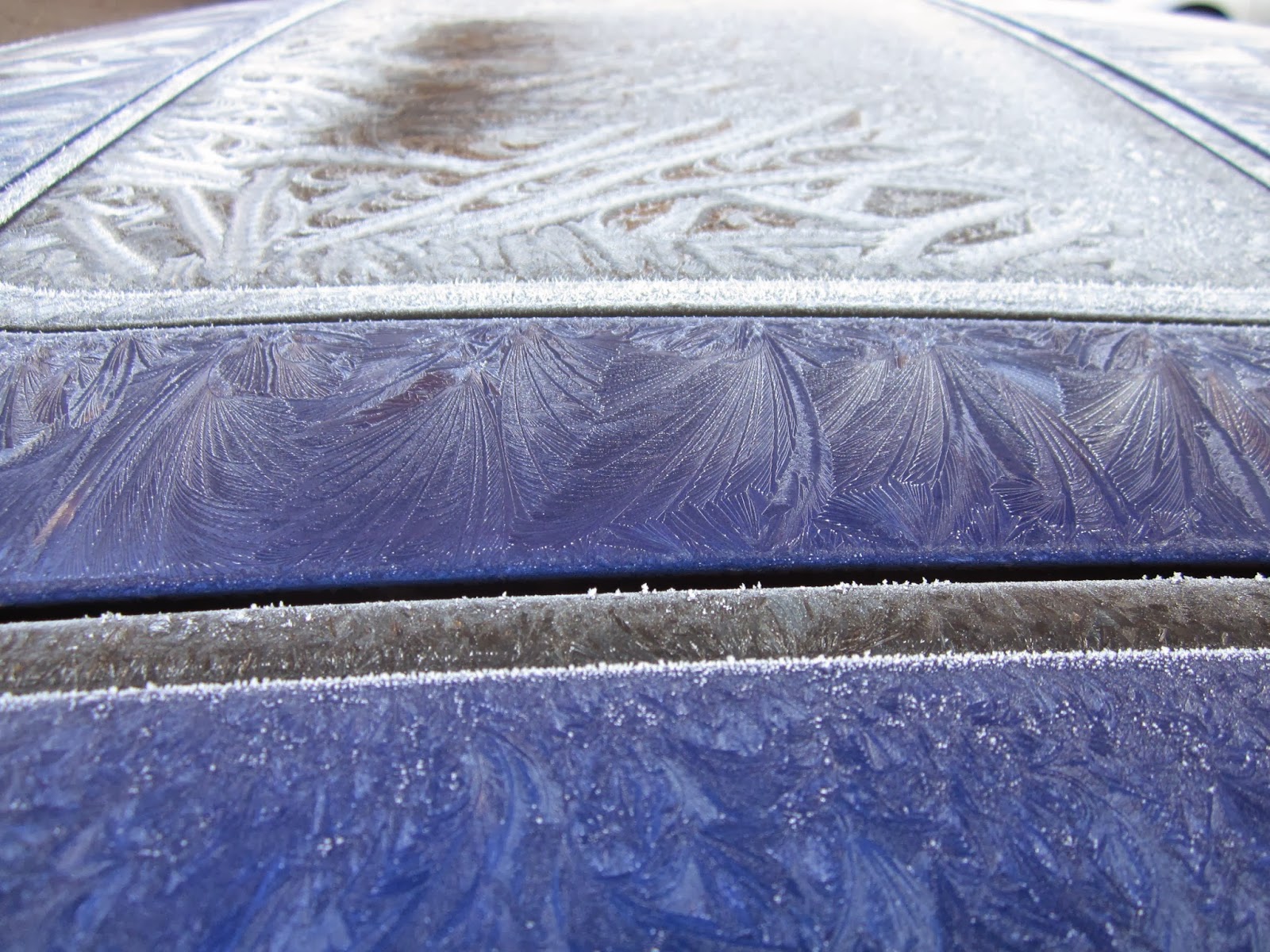 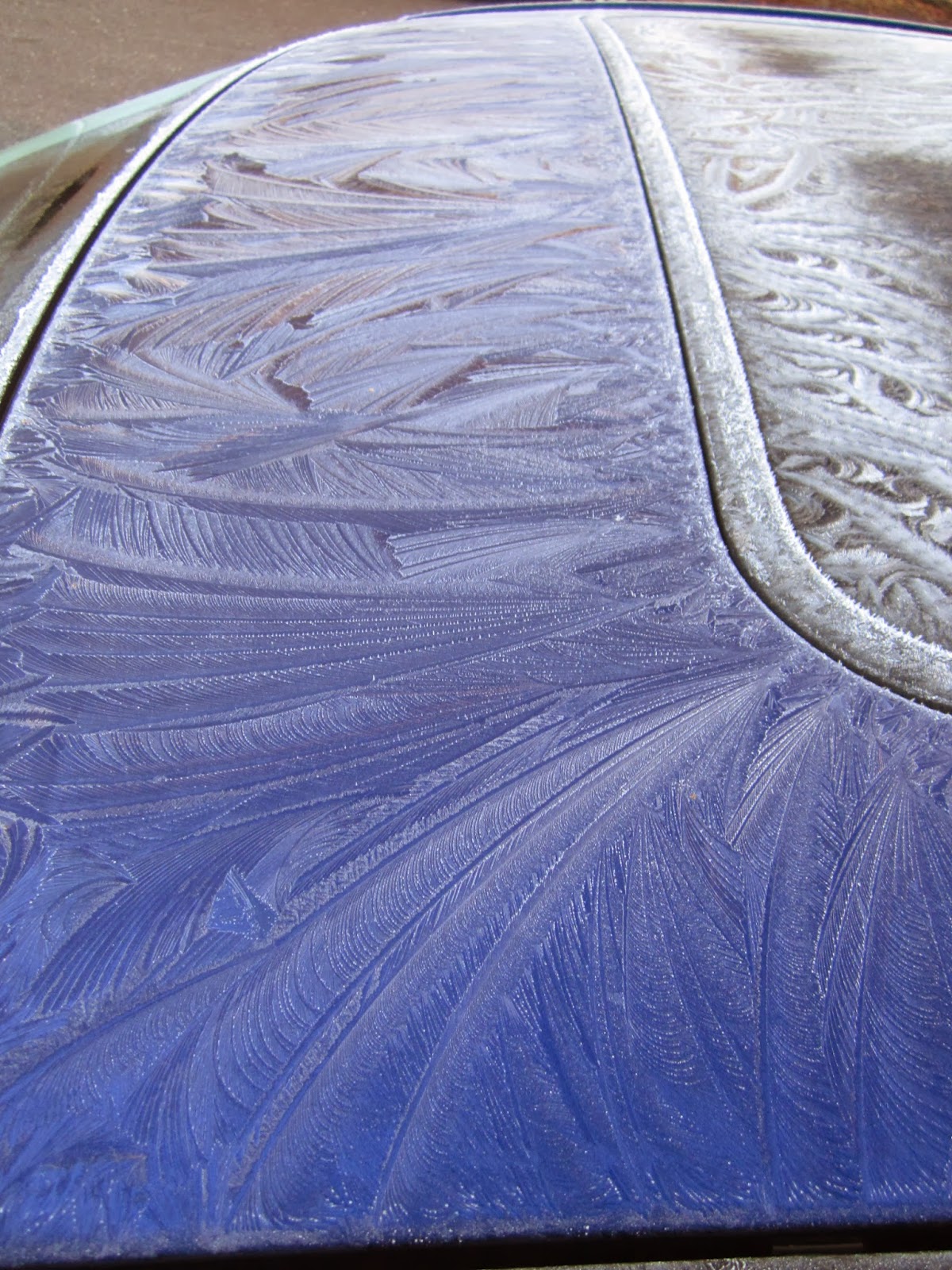 If it has to be so cold, the least it can do is be pretty.

Off for more cough syrup. Overall I'm feeling much better, but the cough, it will not leave. Erg.
Posted by ccr in MA at 8:22 PM

It was so much fun and the shawl is beautiful.