This was a quick knit

While I often enjoy the projects that are longer and more involved, sometimes it's nice to just bang out a quick project!

I can't find that I blogged it, but last fall I bought a skein of worsted yarn from Gauge Dye Works (via Indie Untangled), in the colorway Field and Pasture. 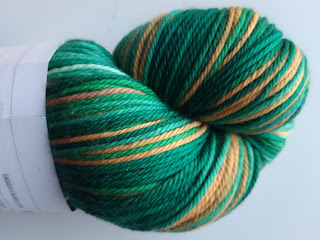 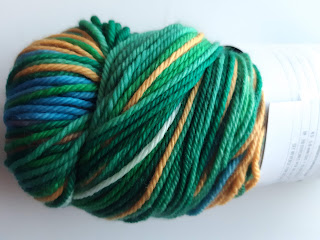 Looks mostly green, right? Well, wind it up and you get this: 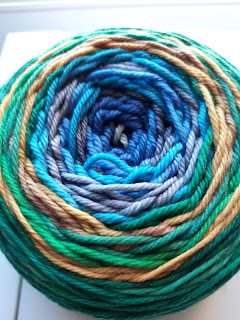 Which of course was hinted at on the swift. 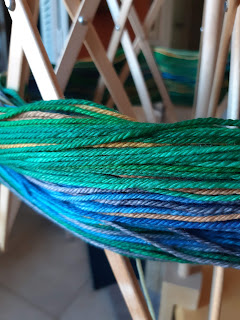 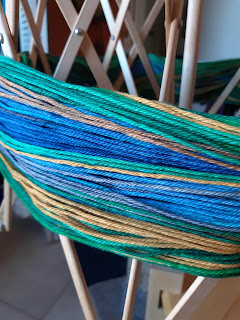 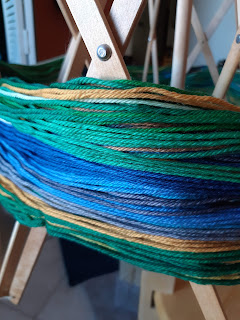 I knew that it was going to be striped or even kind of color-blocked, so I wanted to knit it in something of one width. I picked this simple chevron scarf (Ravelry link), but made it a bit wider than called for.
Which became this! 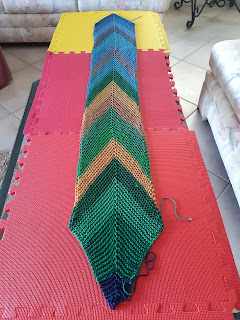 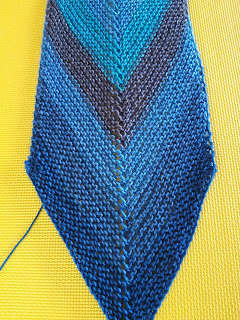 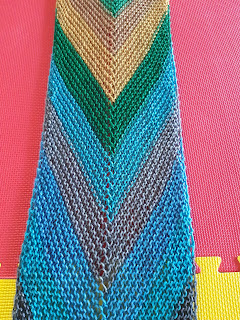 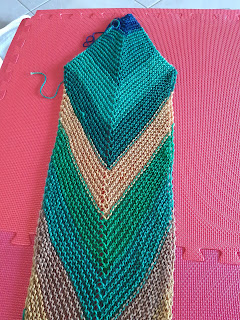 The blue bit at the tip of the green end was actually a small amount of a different yarn, since I was running out and didn't feel like ripping back to redo. I used up every bit of the skein of Gauge, and two grams of Symphony Layers from Prism that I had in the stash (colorway Sapphire). I think it fits in just fine!
The blocking added some length, so it's now almost my wingspan, long enough to throw over one shoulder, and softened it a bit (not that it wasn't soft before). This took less than two weeks, and I'm delighted with it!
Posted by ccr in MA at 4:19 PM

What a fun project!