I teased a single kitten photo on Sunday, but of course, I have more!

There are six kittens in this enclosure, and most of them were playing when I got there. 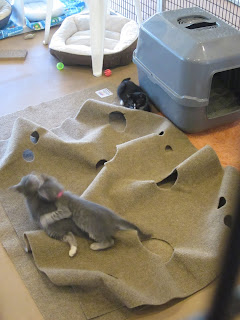 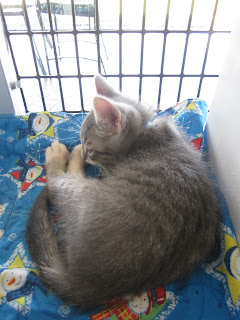 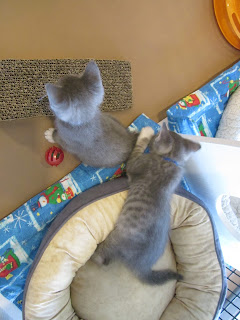 Isn't the tail always the best part of the mouse? 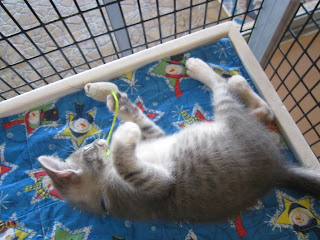 I did get to play with or cuddle most of them; since they're mostly all grey, it was hard to keep track of which ones I had already grabbed! 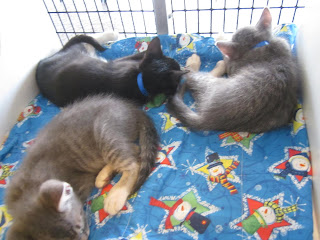 They started winding down while I was in there. 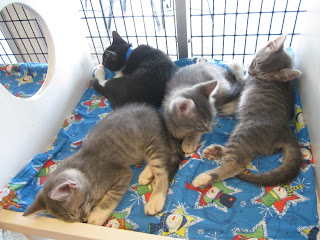 Really wore themselves out. 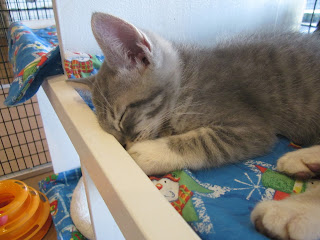 Though not everyone was lights-out at the same time. 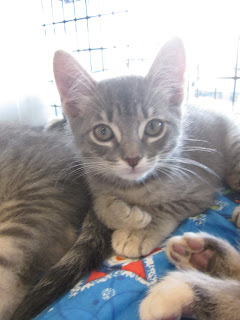 They were getting there. 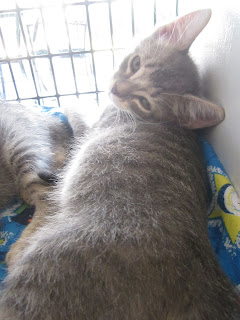 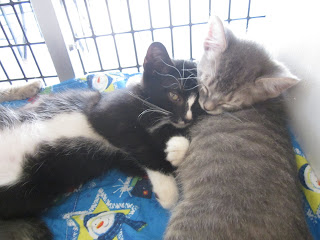 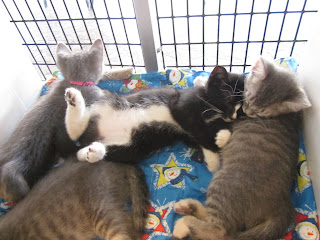 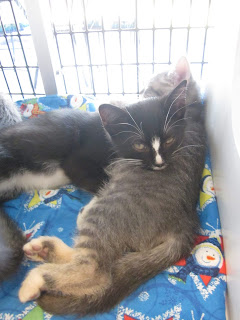 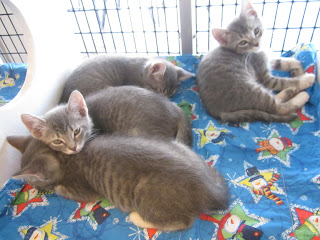 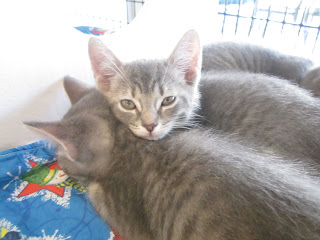 The black and white one! I'm partial to those, but then my grandcat Eve is one.