Being still kind of sick did not completely ruin my weekend, but it sure has cramped my style. Today, I managed to vacuum (oh, that long-haired cat!) and to get to the grocery store, but the laundry remains undone and even the dishwasher is only half emptied. And I have no energy. In fact, I'm getting a headache, which officially louses up the rest of the evening, even if the medicine does stop it in its tracks. Sigh. Cough.

When it came down to it, I chose to spend my limited energy on groceries over laundry. I still have clean clothes, whereas the food situation was getting dire. I spent more than usual ($50.20), but according to the receipt, I saved $22.61, which sounds promising. It feels like progress, or something.

What else? Well, it's raining. And about 60, with a cool breeze. Between the weather and my fever, I've been freezing and sweating at the same time much of today, which is just as unpleasant as you would think.

I can't come up with words depressing enough to express my feelings about the weather Boston has had for June. I can't seem to stop looking at the 10-day forecast, even though I don't believe it's accurate, and then get enraged. We might have some sun on Friday?? Maybe?? At least it's getting slightly warmer, but seriously, who's in charge of this nonsense? I want to complain.

Time to snap out of it. Last month, in Florida, I got to see some lovely flowers. Time-travel with me. 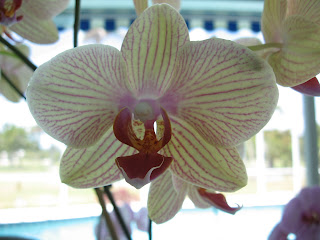 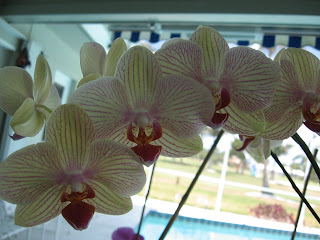 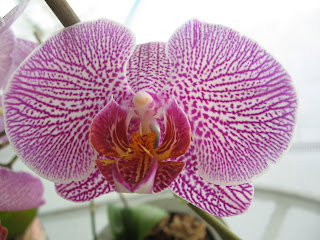 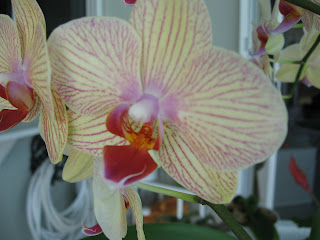 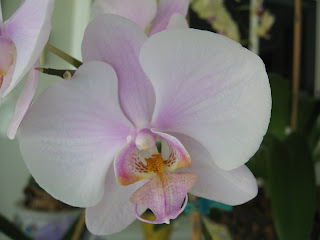 Aren't they wonderful? Flowers simply amaze me. Unlike the recent weather, they're a part of nature that fills me with awe. The world isn't all bad, when you're looking at flowers.
Posted by ccr in MA at 7:42 PM