Monday night's stitch and bitch was disappointing socially, as no one else showed up, which happens in our group once in a while. However, it was good for knitting: while I waited to be sure no one else was coming, I finished the first sock of the current pair, the one I started Christmas Eve (three weeks and three days, pretty fast for me!). 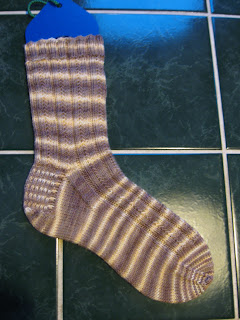 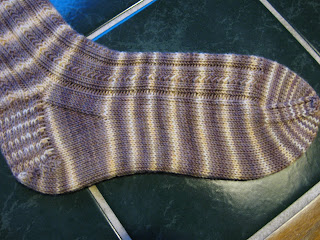 Not the greatest photos, I know, but daylight is in short supply around here this time of year. (I'll try to do better later, maybe in Florida!) The yarn is my beloved Socks That Rock--I love the Lightweight just as much as I did the Mediumweight--in colorway Sunkisssed (sic) Sands, knit in the Skyp pattern that I am addicted to (this is my fourth pair in a row).

I also started the next sock Monday night. Isn't it funny where one stitch leads? 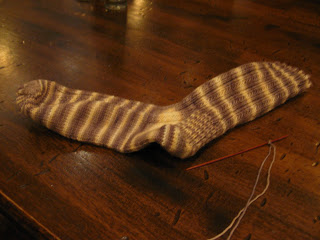 I took out the skein of yarn I want to use next, the Malabrigo my aunt gave me for my birthday. I wanted to wind it the other day, but talked myself out of doing so because it seemed premature. 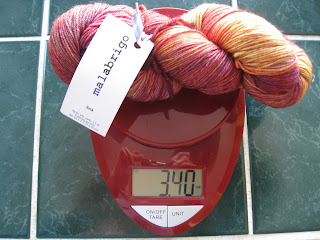 But. The word they're using to describe Friday's expected snowstorm is "significant". Gulp. It sounds like I'll be spending more time at the airport than I would prefer. Perhaps winding the yarn for the next pair of socks isn't so much getting ahead of myself. I don't really think I'll knit a whole sock and start the next pair in a day, but. (Even if I had the time, would my hands hold up? Doubtful.) Having it at hand might be comforting.

And if I do make it out of town (crossed fingers, knock wood, etcetera), there is a little good news for me: missing "the coldest air of the season" according to a mid-day report:

Next up – an Arctic blast this weekend bringing the coldest air of the season. There certainly will not be any snow melt going on after our Friday storm.

Highs over the weekend could struggle to get out of the single digits in some suburbs, teens around Boston.

And then there's this one:

Yup. That's a problem, all right.

*********
I do have one update for you from last week's snowstorm: the missing newspaper from Wednesday surfaced over the weekend. I believe it must have been thrown near the trash cans at the foot of the stairs that morning, and was unearthed by the digging-them-out project someone was doing this weekend (I thought I mentioned it here, but now I can't find it, soooo..).

So the when will the last snow melt contest will not have a when will the paper surface element to it (not that it's a contest, really). Although yesterday's rain melted some of what we have, there's still a ton of white stuff around.

Someone else has a complaint as well.

Why did you make me get off your lap? I was comfy. I was sleeping! 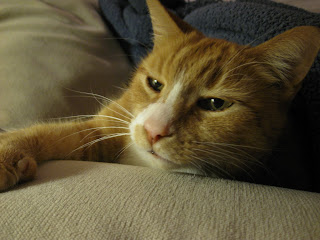 What does that mean, foot cramp? {sigh} You don't really love me. 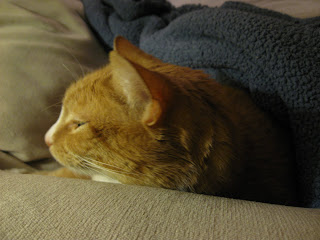 Those are gorgeous socks--it almost makes we want to take up knitting.

Holy cow, what a sock!

Your skype socks ROCK and have me addicted to them as well. So far, only two pair completed, but the winter is young...

I pray you get to Florida ON TIME. That would mean I got to NYC in time for the Vogue Knitting conference this weekend. Fly! Fly!!!