I can't believe I had another bad insomnia night last night! I really did not want to know what was on HGTV at 2 AM, thank you... (it's Income Property, if you wondered). Just like the incidence last week, I fell asleep, but woke an hour or so later and tossed and turned forever. I did doze after I went back to bed at 2:30, but it was not refreshing sleep.

In fact, when the alarm woke me, I decided there was no way I could go to work on time (gosh, I'm not doing well on that lately), so I went to call my boss to leave a message to that effect, and somehow called her cell phone number instead of work (at 6:15 AM!), thank god she was up already but how embarrassing. Unisom tonight, and possibly for a while after. I can't take this nonsense, especially on top of the time change.

It was only two weeks ago, at my physical, that I was telling the doctor that I don't usually have trouble sleeping, and I've been a total mess since then, comparatively speaking. Yuck. I was just joking when I named that peculiar "cold" that I had last week the Sleeping Sickness, but you know, I may have been onto something.

On to happier topics! I alluded in yesterday's post of random photo-ness to the Day of Yarn Crawling that I had with two knitting friends on Saturday, but let me tell you more. In short: it was awesome! We hit seven* of the twelve participating stores, four of them new to me, and I had a great time without spending a ton of money (yes! it is possible!).

*Which was probably too much, too be honest; I was pretty zombified in the last one.

Many of the stores are far enough from me to require a plan to visit, not a drop in, but it's great to know they're there so that if I'm in the neighborhood, I can stop by. It's always a visual and tactile experience to see so much yarn in a day, and I was certainly overloaded by the end. (And after dinner with family friends, I went to bed early and slept fine Saturday night, fyi.) 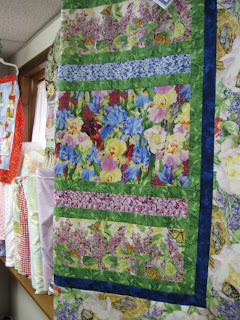 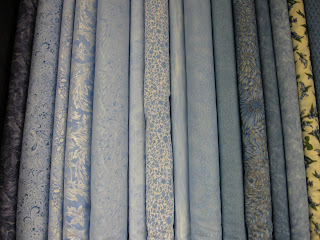 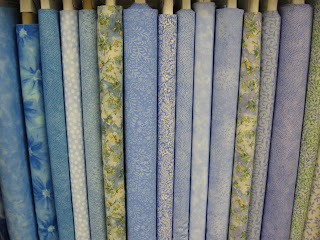 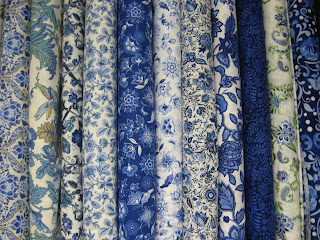 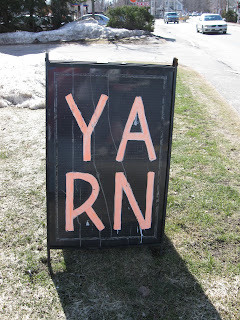 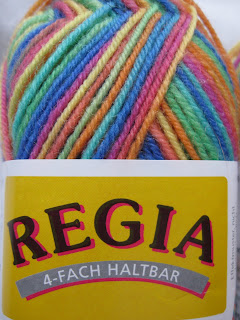 Now the sad knitting news I also alluded to yesterday. I brought my sock-in-progress with me on Saturday, and worked on it some of the time in the car. Seeing it in sunlight for the first time in a while, the yarn didn't seem as dark as I had been thinking it was lately, which was a good feeling. 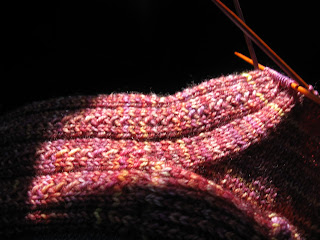 I was very happy with the progress I was making, and yesterday decided to take some pictures, to capture its status. 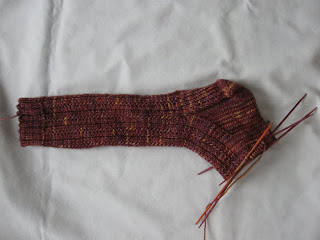 As I finished, I decided to take an on-the-foot picture, and, well. It's too small. 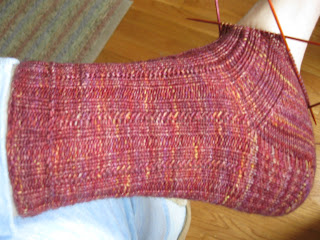 So I'll probably have to frog it, which makes me sad, unless I decide it's time to make socks for someone other than me, which I'm not sure about (since obviously, even having my own feet with me at all times does not guarantee a sock that fits). It's going into hibernation while I decide. I'm thinking some Socks That Rock socks might cheer me up, in the interim. How nice to have STR on hand to comfort me. 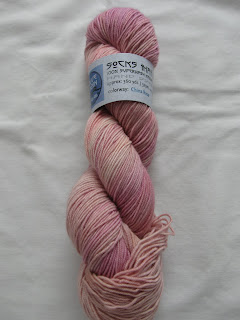 The Cat was up from 2 to 3--did she call you or something? I didn't sleep, either! Better luck tonight.

Too bad about the sock.

Wow! How did it happen? You've used that pattern before; is it new yarn or (shocking thought!) mis-marked needles? I'm quite pleased with my SKYP socks and thanks for the pattern link. I'll start to toe decreases today I believe.

Insomnia is catching I think. Last night I couldn't sleep at all so left bed and read for 2 hours.