Life: the You Can't Make This Stuff Up Dept.

Driving home tonight, I changed the radio from NPR to a music station in order to avoid a sure-to-be depressing story about the latest jobless stats in Mass. I came in on the middle of an Offspring* song I quite like, specifically on the refrain: "Na, na, why don't you get a job". You can't make this stuff up. If I put that in a book, who'd believe it?

*I don't actually know much about The Offspring; for me, they're one of those bands that I only realize how much I like when I count up all the songs they sing that I recognize. "Wait, they sing Self Esteem? And Pretty Fly (For A White Guy)? You're Gonna Go Far, Kid? Okay, I like The Offspring.

Speaking of books, I picked up three holds at the local library tonight, and two of them were non-fiction: how unlike me.

And further speaking of books, here is:

What I Read in February

Overall, February wasn't as trying a month as January, but I'm not sorry it's over. That much closer to the end of winter, right? Exit winter, stage left, please!

And as the month ends, the reading summary comes. In February, I read twelve books, which coincidentally is the same number as January. This time, seven of them were new (or new to me, at any rate), and five were re-reads. Some details:

Jessica's Guide to Dating on the Dark Side 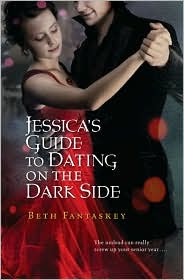 I wasn't expecting this YA vampire novel to be litracha, and it wasn't. I did enjoy it, though, until near the end. Then, I found myself wondering, "When did this book start to suck?" My best guess: the author was told, you have 50 pages left, wrap it up. She wasn't willing to give up her plot plans, so she shoehorned it all in. I went from willing suspension of disbelief to the hell?

The Pajama Girls of Lambert Square 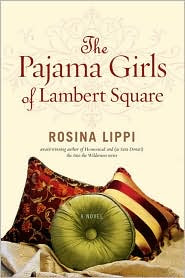 I loved this book! I didn't even realize at first that the author is the same (under a nom de plume) who wrote several historical novels I loved, and the styles are quite different, but I really, really enjoyed this book.

If you are an Anne of Green Gables fan, you really ought to read this one. The author took the wisps of information about Anne's early life, and made a wonderful, thorough, rich story of them. Very impressive.

Another Joshilyn Jackson, and I liked it quite a bit, even more than Gods in Alabama. Her characters are amazingly real, and even the unsympathetic ones are true. And funny.

The Mysterious Benedict Society and the Perilous Journey

Young readers, my eye. I read an interesting column about selling certain YA books to adults by not telling them they're YA. They just happen to feature younger characters! I enjoyed the first in this series, and this one as well. And I look forward to the third one!

So that's February done with. Tune in next month to see what March hath wrought. Happy reading!
Posted by ccr in MA at 6:42 PM

Email ThisBlogThis!Share to TwitterShare to FacebookShare to Pinterest
Labels: read

Ah, the Offspring. My friend refers to them as the Poison of grunge, mostly because of that line, "It's hard to leave when she's ready to go..." All about getting laid!

Man, you read so much more than me.