After my rather crazy yesterday, it was extra nice to sleep in and laze a little this morning. I got a few things done around the house, and also gave Carlos a lap for a while (where 'a while' is defined as a period of time somewhere between what I "ought" to have to spare, ie not much, and the three hours or so he would have liked). Finally I got going and got ready for a two-party day. (And watched the first period of the Bruins matinee while I got ready: Bruins 4 Philly 0 after one!)

That's not like the two-party system of government, that's the rare day for me with two parties to go to. I spent an hour or more at a Christmas Caroling Party, came home to regroup (and caught the last few minutes of the Bruins' 6-0 win, yay), and went on to the Latke Party for another hour plus. Fun! Both of them. Different groups of friends, good food, cute kids whizzing around, catching up a little though you never get to talk to everyone. Parties.

But I'm exhausted tonight, and really ready for the quiet. I'm not even talking to the cats as much as usual. I have to agree with the definition of an introvert as someone who is depleted by social interactions (while extroverts are recharged by them). Anyway. A nice peaceful evening, some laundry, tide the house, and face tomorrow (and its Holiday Tea) after a good night's sleep.

I have the larger version of this:

But it still does the job remarkably well.

What else is in my head? Well, random and assorted. For instance, these messages were in my spam filter recently. (Click on the image to make it bigger.)

This has been my time to shine? And I missed it? Why didn't they tell me earlier?

And I'm so sure that in order to credit an account I don't have with the bank, they would email me. For 5.8 million dollars. Right...

Funky fruit at Whole Foods the other day. Eat it or give it its own TV show? 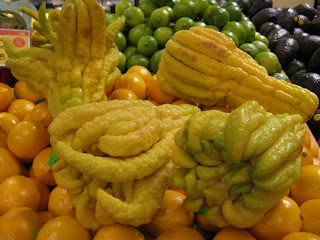 New favorite brand of yogurt: Liberté Méditerraneé. It's thick, creamy, and with a good amount of fruit. I like other flavors too, but the plum and fig is my favorite. Mmmm. 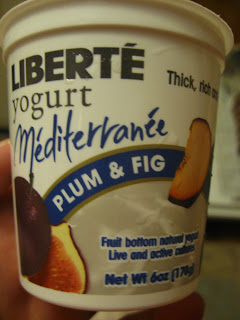 What on earth is this truck trying to say? 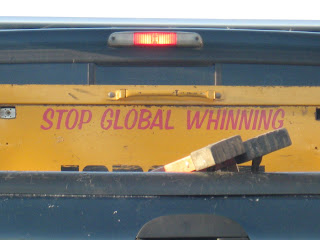 (I got a Christmas card from a family who signed it "The Smith's"--not their real name, but a real misuse of an apostrophe. I'm trying to be forgiving, in the spirit of the season.)

I'm too lazy to check, but I think I mentioned a few weeks back that in the process of moving the couch and futon, I moved a bookcase into my bedroom for knitting stuff. I also organized my knitting needles, having had several frustrating "where is this size" moments. I'm really happy with the result. 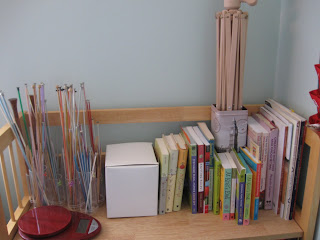 That my swift on the right, standing up in a tin my mother found for me. It fits perfectly! And I like it so much better that way than the lying randomly method of "storage". 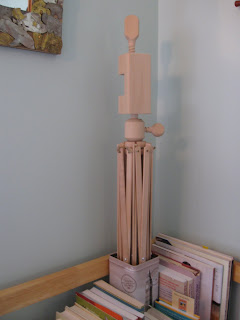 Here are the needles, all* standing up, sorted by size: 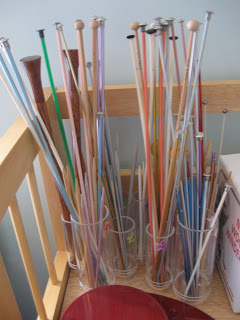 *All except the circulars, I should say. This is a straight and dpn solution.

I put stickers on to help me keep track of it. I think the needles look pretty this way, and I also think it's going to work pretty well for utility. Only time will tell for sure. 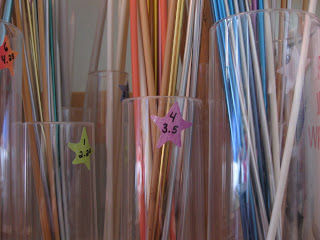 And that's all for tonight! We'll see how tomorrow goes in due time, eh? One week to Christmas: commence freakout!
Posted by ccr in MA at 8:42 PM