AKA, if I'd waited to have my book signed, I'd still be there.

So, Stephenie Meyer writes this excellent series of so-called Young Adult books* that have some vampires (and werewolves) in them, and not just vampires but ones that all her readers really, really wish and in fact want to believe are real. Edward is the "hero" vampire, Jacob the biggest-name werewolf, and before the Q&A started there were rival factions shouting "We love Edward!" and "We love Jacob!" back and forth. (I would vote for Edward myself, since my feelings for Jacob range from friendly to big-sisterly, though I wasn't shouting.)

*I was far from the only non-teen there tonight, though when she arrived, it did sound like the Beatles on Ed Sullivan.

There were the official t-shirts, like this one from the fan club (sorry it's fuzzy, I was trying to be slightly subtle; it says Official I Love Edward Cullen Fan Club Member, and then it's just her website, linked above), but I also love the girl wearing the Red Cross Got Blood? t-shirt: 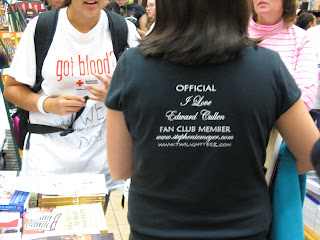 These two had matching shirts, and I don't know if they did them themselves or bought them somewhere, but I managed to Kinnear a shot of them front-and-back. Can you read the front? It's a quote from Bella: I'm Your Brand of Heroin. (You have to read the book!) 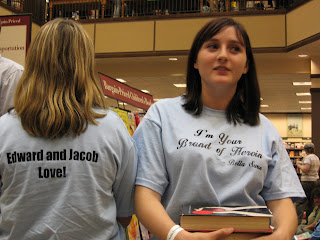 And of course, the 'I have a t-shirt and a magic marker' classic, "every guy should be a bit more like Edward!" 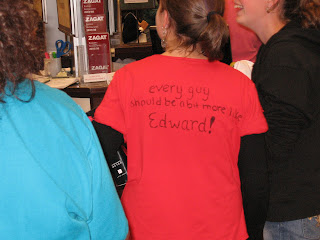 When I got there, they were out of wristbands for the signing line. That is, they had passed out red, teal, pink, and green wristbands, and white ones in groups A, B, C, D, E, and I believe F. Maybe it was only through E. What that meant was that they couldn't guarantee I would get my book signed, if I stayed until all the wristband groups were done. I'm not blaming them, you understand. Just, wow. Lot of people there (photos below).

And after all, she was in Ohio yesterday and is in Pennsylvania tomorrow, which makes me wonder who put her into Massachusetts today*, and how firm their grasp on geography is. (She was running late, and said she had been on planes and in airports all day. Ahh, the glamor of the million-copy book author!)

After a wide-eyed look around the store, I went back to the car for my camera. I knew you had to see this. Although I missed out on the wristbands, I just made it into the store before they stopped letting people in: 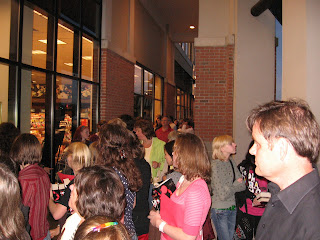 I don't think these people got to hear the Q&A at all, poor things. (They were going to let them in, but only after others left.) It was short, but fun. Best question: does Edward wear boxers or briefs? (Answer: boxer-briefs.)

The first arrivals (and at heaven alone knows what time), the red wristbands, got upstairs, where I couldn't even see (I never saw Stephenie herself, by the way, just heard her). The next group, the teal, were seated here: 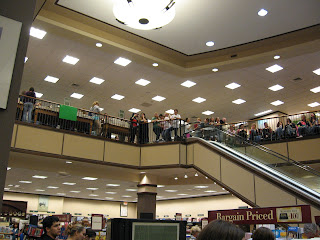 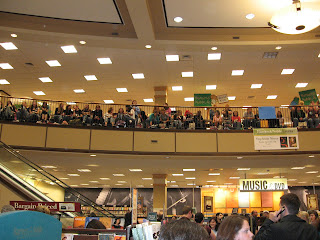 This should be pink (hence the pink square, I get it now): 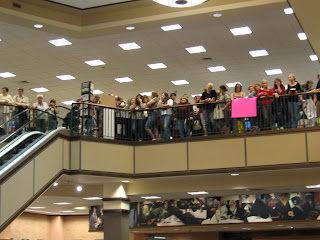 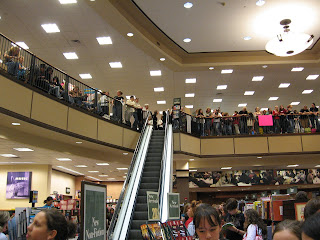 The white wristbands were downstairs, with group A lined up: 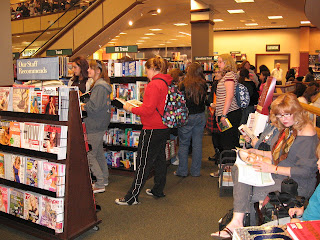 And up there somewhere, greenies: 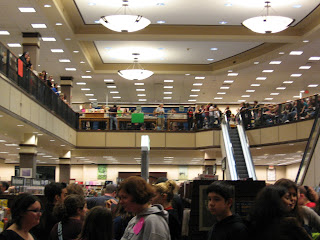 A jungle. She mentioned how amazing it was that something she wrote for her own entertainment was appreciated by so many others. 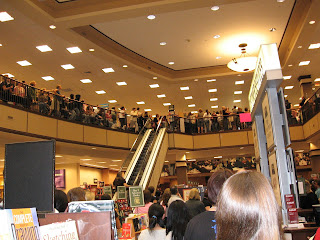 The screams when she appeared! 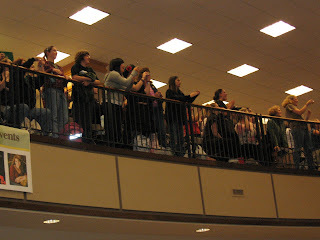 And the line when I left: 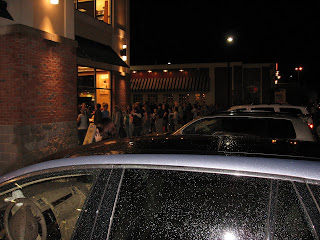 ...went around the corner of the building: 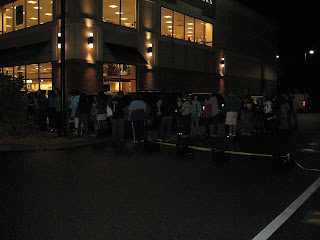 With, remember, no guarantee she'll still be signing by the time it's their turn. Unbelievable.

They are good books, though. I like them a lot.

Finally, this isn't related except that I took the picture in the Cafe tonight. Any other Depeche Mode fans out there? Ever seen this drink? 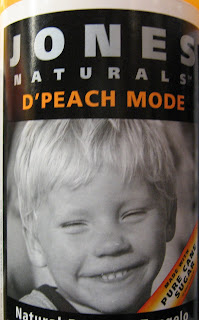