I Who What Um Brain Gone 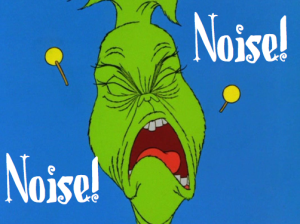 Our neighborhood is usually a fairly quiet one, though this summer has been noisier than usual, as this neighbor replaced their carports, that neighbor put pavers down where the blacktop used to be, and another is having their roof done. But nothing has been as bad as our own roof work, and after a week of 11-12 hours a day of banging, sawing, drilling, beeping, thumping, yelling, and big-engine noise, I am considerably closer to insane than even I usually get.

They are building scaffolding up the front of the building, and reached our lanai today.

Every time I go in or out, different paths are blocked off. This morning, I had to ask someone which way I could go, since it seemed like everything was blocked. (Oh, I can duck under that caution tape? Great!)

One of them told my mother earlier this week that 'just' the roofing part would take a month. We're not sure what else there will be, beyond painting/stucco work, but the roof isn't that big, and I can't imagine why it will take a month.

Certainly one week has been more than enough, noise-wise.

And before you ask why I don't go elsewhere to work, I tried that this afternoon. The library was blissfully quiet, but for some reason the computer wouldn't log in to the back-door way we're getting our email since the cyber-attack. Since I do need to have the email, I moved to Starbucks, where the email worked fine, but it was freezing cold, and a Very Cheery Guy was Loudly and Enthusiastically Working the drive-through. Hi! Thanks for choosing Starbucks! Can I get you something to eat! At which point, I gave up and returned to the land of roofers.

At least it's Friday. Weekend good. Me need weekend.
Posted by ccr in MA at 5:31 PM